HOVER over PICTURE for ACT Info! 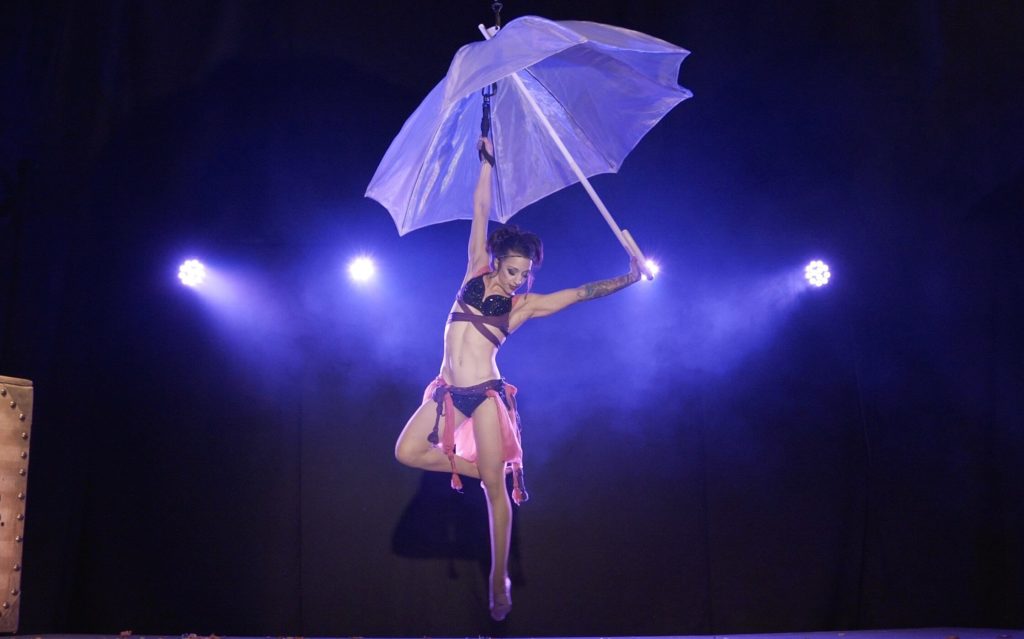 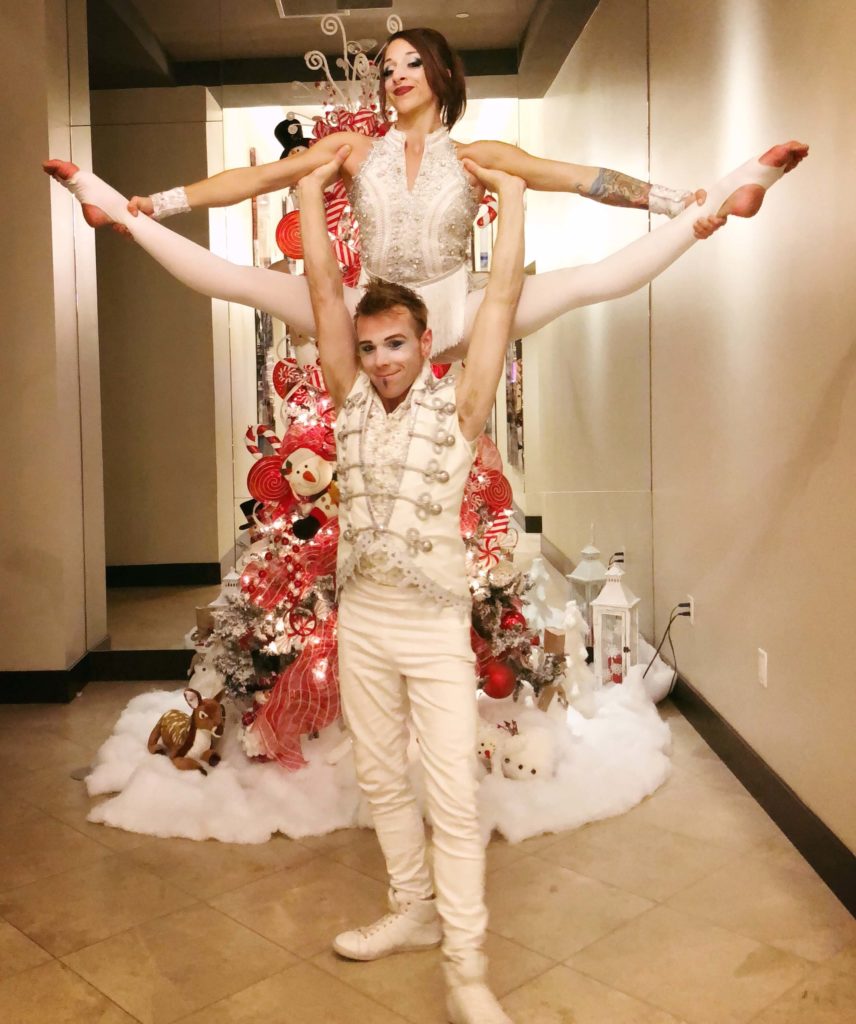 Meet Tina Phoenix!
Performing since age 11, Tina has performed with big top traditional circuses such as the Giant 3 Ring Circus Gatti, as well as internationally with cruise lines such as Royal Caribbean International. She has been a professional in the Cirque entertainment industry since 2008 and has numerous public appearances at live music and arts festivals around the world such as Cochella (USA), WOMAD (New Zealand), Rainbow Serpant (Australia), WonderFruit Festival (Thailand), Envision Festival (Costa Rica) and Shambhala (Canada) to name a few. She has performed lucrative in  the commercial entertainment industry being featured on set in T.V. shows, commercials, short films and music videos. She creates performances for Nightclubs, Concerts, Street Theatre, Weddings, Brthday Parties, Barmizvahs, Corporate Events and contemporary stage shows both nationally and internationally..

Complementing her circus repertoire, she has 8 years of technical and competitive dance training. Combined with 10 years of professional circus training, performance and experience. Tina has developed advanced skill in the aerial arts including apparatuses such as aerial Chiffon, Spanish Web, Hammock, Aerial Net, Harness, Bungee, Duo Lyra, Duo Hammocks, and specialty additions in Man to Man acts, partnering, and aerial hand to hand. Additionally Tina specializes in artistic aerial apparatus such as the aerial Spiral, aerial Moon, Aerial Umbrella and multi person acrobatic apparatuses. Tina is also a world class Contortionist, Fire Performer and Snake Charmer. She is a powerhouse to the circus scene and a visual artist in her choreography.

ONLINE PRIVATE / SPLIT- PRIVATE CLASSES AVAILABLE ONLY IN THIS TIME!

* FLEXIBILITY AND CONTORTION PRIVATE LESSONS via. SKYPE or ZOOM!
* VIRTUAL CLASS ROOM OPEN!!:
– $20 for Shared Group Classes 5 – 12 People Any Where in the World.
– Contact me for Sign Up and Registration!

( Please Note: these prices are at a Special Low for the season to help assist the economic crisis that is COVID- 19. Lets help each other stay connected to health and happiness in this time. )

ALL LEVELS: Every Day Wake-Up : Basic Stretch and Flexibility Class ( 1 – 1.5 Hour Session)
♥
(PRIVATE SESSION: $40, SEMI-PRIVATE 2 People: $70 ($35 Per Person)
For ALL Ages and ALL Bodies, this class is for every day people who want to create an everyday practice and routine of basic stretches to help activate their bodies, find better mobility in their day and release trapped endorphins in their joints that build up through sleep, sitting for hours doing office work, being stuck in traffic, etc. This is a great way to start your day or give yourself a fresh start. Give your morning the wake up you need to find your motivation in this time, or give your break from work an enhanced boost of energy and connection to your body.

Level 1: (1-1.5 Hour Session) (Beginners) Contortion: Learning to Bend
♥
($55 1.5 Hour PRIVATE / 2 People! $70 ($35 Each) SEMI-PRIVATE)
This is the beginning level course that will teach students how and where to begin training their bodies in the vocabulary of a Contortionist . With the instruction of this class, students will learn how to stretch properly and safely in order to allow full range of flexibility in joints, muscles and ligaments. Students will learn how to build a strong warmup using movement and strength conditioning with their day to day stretches involving modern dance techniques, some yoga, rhythmic and contortion style stretching. You will learn to gain strength, balance and flexibility as well as fundamentals to cirque style movement and Mongolian to Modern contortion techniques.

Level 2: (1-1.5 Hour Session) (Beginners- Inter.) Contortion: Advancing Your Bend
♥
($55 1.5 Hour PRIVATE / 2 People! $70 ($35 Each) SEMI-PRIVATE)
For the students who understand the basic fundamentals of stretching and need that extra push to advance. This is the Beginners- Intermediate level contortion class that will push your current level of flexibility to new heights.
The Pre-Requisite for this class is that you must already have current body awareness and basic flexibility such as executing a basic Bridge, some splits, etc., This class is designed for the person who is already in their bodies and ready to take it further.  With the help of muscle strength training, balancing and partner stretching you will learn how to break into further levels of flexibility in your back, neck, shoulders, and legs, pushing past flat lines to begin executing hyper extensions, as well as how to use your core for control and grace. You will learn how to start initiating contortion poses and going further as well as transitioning from one pose to another seamlessly.

Level 3: (1 Hour, 1.5 Hour Session) (Inter-Advanced) Mastering Contortion:
♥
($70 1.5 Hour, PRIVATE Session)/ 2 People! $90 ($45 Each) SEMI-PRIVATE)
For the Contortionist who is taking their practice seriously and wants to continue toward mastery. Students are initiating a sequence of poses with transitions and are ready to create with choreography in their movement. MUST have at least splits on two sides, clean bridge, chest stand, pretzel and an elbow stand balance. Hyper extensions are being pushed for, balances are being held with multi-poses and  handstands are in the works. This class will work on some musicality and adding dynamic charactering into transitions without losing your technique. We will work on furthering it into deeper shapes.

In this workshop students will learn a variety of ways that they can use their flexibility and CONTORTION skills in the circus. We will workshop ground and table contortion sequences, an introduction to foot hooping, as well as using your flexibility in flight and in the air via multiple different aerial disciplines such as the lyra, silks, loops or hammock etc. We will also workshop creative ways to portray different charactera in contortion choreography such as through clowning, kooky, creepy, animalistic mischievous, sultry and beautiful transitions

WORKSHOP: The Dance of the Aerial – Contortionist
(1.5 – 2 Hour Session)

For Aspiring Aerial-Contortionists who want to strengthen there foundation in contortion both on the ground and in the air.

Aerial muscles getting in the way of your bendiness? Have the desire for active flexibility whilst being fierce with your strength in the air? Is it possible to have both?
I’m here to tell you yes it is. And give you the key secrets to maintain it.

Description:
This is the ALL LEVELS course for aspiring Aerialists and Contortionists whome have the desire to build a contortion based foundation in their physical movement and performing arts.
To bend with grace and control, my instruction will teach students how to train and condition their bodies with the vocabulary of a contortionist both on the ground and in the air. Students will learn how to stretch safely and begin to allow change in their movement through advancing their joint range of motion and active flexibility.
You will also learn the root of strength training and balancing as well as fundamentals to creative cirque style movement.

I am currently offering a 2 Hour Private lesson which includes 1 hour of Aerial Contortion on the Silk and 1 Hour of Contortion training. These lessons are at the Beginner and Intermediate level.

– Silks (Beg./ Intermediate/ Intermediate Adv.) Majestic Chiffon
Beginner- Intermediate Classes and ALL LEVELS aerial workshop that will teach you how to climb, wrap, drop and spin through the air on colorful lengths of fabric in the form of Aerial Silks or Aerial Hammock. You will learn basic through intermediate climbs and various wraps to maneuver the fabric to allow yourself to drop and/or hit flexibile and strong poses with your body. This workshop will teach you strength and flexibility to allow yourself to be comfortable in the air as well how to create spinning flying sequences using musicality.

– Spanish Web: “Art of Spanish Web” and
“An Introduction to Dancing with the Spin”
Workshop Description:
An introduction to the traditional circus apparatus and art form of the Spanish Web! Hand loops, foot loops, contortion and spinning…lots of spinning! Students will learn both how to set the rope effectively for each other AND how to spin through the air with smooth transitions and proper technique. With a combination of Corde Lisse elements and modern climbs we will combine some of our favorite aerial poses to create a sequence for students to begin their dance with the Spanish Web.

** All workshops include strength conditioning and advanced flexibility training as well as the exploration or musicality, dance and choreography in the air, along with the technical and safe execution of tricks, wraps and apparatus use. **